Previously we've discussed 10 Sexiest Korean Actress, and we know that the drama, film, music and Korea increasingly popular the last two years. One reason is the beauty of the Korean actress. This time we discuss some of the most beautiful Korean actress who is famous for its smooth skin, physical beauty, and extraordinary talent, who may also be part of the 10 Sexiest Korean Actress we have seen previously

The beautiful Kim Tae Hee is probably the most beautiful Korean actress of her generation. Exhibit "angel face" a natural, Kim Tae Hee is the kind of woman who might hate other women. Not only a talented actress and has several successful Korean dramas like "Stairway to Heaven", "Iris" and "My Princess", Kim Tae Hee is also excellent student who graduated with a degree in Fashion Design from Seoul National University.

Kim Tae Hee last play is a Japanese series "Star Boku no 99 Nichi". She plays the Korean actress who falls in love with ordinary Japanese boy.

2. Song Hye Gyo
Song Hye Gyo famous in the Philippines for playing the popular Korean drama "Full House" and "Autumn in My Heart" or "Endless Love". From the pictures alone, her beauty was evident. Song Hye Gyo came in fifth Independent Critics list for the World's Most Beautiful Faces.

Famous for its white skin, Song Hye Gyo is a Korean cosmetics model, Laneige. He is also known to have romance. The fair is already twice suffered a broken heart who gets the spotlight, including with Lee Byung Hun ("All In") and Hyun Bin ("Worlds Within"). Song Hye Gyo will appear in the film "The Grandmasters" with Tony Leung and Zhang Ziyi.

3. Lee Da Hae
Lee Da Hae so far is the sexiest a Korean actress. The actress has been active on Korean entertainment  since 2002. She was famous for her drama "Green Rose" and "East of Eden." Lee Da Hae was taking time off career in 2008 after leaving the "East of Eden" because of health problems. In 2011, she returned with a successful drama starring Mickey Yoochun of JYJ in the series "Goodbye Miss Ripley."

4. Ha Ji Won
Ha Ji Won face may not fit the standard of beauty in general. But its charm comes from its simplicity and style are a little boyish. Not just a pretty face, Ha Ji Won is also one of Korea's top actresses because of her talent. He can play any genre of film comedy, romance, action, and even horror.

In the Philippines, Ha Ji Won known for his drama "Secret Garden," "Hwang Jini," and "Memories of Bali." This project is the latest action film "Sector 7." Indeed, Ha Ji Won have the aura that made her the center of attention.

5. Han Ga In
Han Ga In has one of the sweetest face among Korean actresses. She became famous in Korea since play as Lee Mi Ok in the drama "Super Rookie" with Eric Mun from Sinhwa. Married to Yun Jung Hoon ("East of Eden"), Han Ga In was recent on the Korea entertainment and focused on project CF (commercial film). Han Ga In to play in the Korean drama "The Moon That Embrace the Sun" in 2012 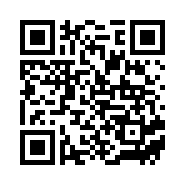