good at being noble, but it doesn't take much to see that the

problems of three little people don't amount to a hill of

beans in this crazy world. Someday you'll understand that." As

• Most Overlooked: In a Lonely Place

"No looking ahead. No tomorrows. Just today." As pilot Geoff

Carter in Only Angels Have Wings • Best Film: North

• Most Overlooked: Only Angels Have Wings

• Guilty Pleasure: An Affair to Remember金玉盟

"I wrestled with reality for 35 years, and I'm happy, Doctor.

I finally won out over it." As Elwood P. Dowd to psychiatrist

• Most Overlooked: Anatomy of a Murder

"He's a business man. I'll make him an offer he can't refuse."

(John Marley) in The Godfather • Best Film: The

"She came at me in sections. More curves than the scenic

"He has every characteristic of a dog except loyalty." As

Robertson in The Best Man • Best Film: My Darling

• Most Overlooked: The Best Man

• Guilty Pleasure: Once Upon a Time in the West

"Frankly, my dear I don't give a damn." As Rhett Butler in

• Guilty Pleasure: Mutiny on the Bounty叛艦喋血記

"Made it, Ma! Top of the world!" Dying words as Cody Jarrett

• Most Overlooked: Man of a Thousand Faces

"I'm old fashioned. I like two sexes." As Adam Bonner in

"Wars, conflict--it's all business. One murder makes a

• Most Overlooked: The Great Dictator大獨裁者

"No mistake, I shall regret the absence of your keen mind.

Unfortunately it is inseparable from an extremely disturbing

• Most Overlooked: Ball of Fire

"He was thrilled by the idea. The right Hitler for the right

in The Boys from Brazil • Best Film: To Kill a

• Guilty Pleasure: The Boys from Brazil來自巴西的男孩

"While I live, while my blood runs hot, your daughter is not

safe in her tent!" As Temujin, (aka Genghis Khan) to one of

his many nemeses in The Conqueror • Best Film: The

• Most Overlooked: The Man Who Shot Liberty Valance雙虎屠龍

"This, as they say, is where the plot thickens." As Andrew

"Well, we movie stars get the glory. I guess we have to take

the little heartaches that go with it. People think we lead

lives of glamour and romance, but we're really lonely --

terribly lonely." As Don Lockwood in Singin' in the Rain

• Best Film: Singin' in the Rain萬花嬉春

• Most Overlooked: On the Town

"If I hadn't been really rich, I might have been a really

"Congratulate Walter on his sets, Lucien on her costumes, and

Boris on his score. And tell the director he should have his

head examined. He shouldn't have shot the picture. He should

have shot himself." As director Jonathan Shields critiquing

himself in The Bad and the Beautiful • Best Film:

• Most Overlooked: The Bad & the Beautiful玉女奇男

"Boy, if I had one day when I didn't have to be all confused,

and didn't have to feel that I was ashamed of everything ?If I

felt that I belonged someplace, you know, then? As Jim Stark

to Officer Ray (Edward Platt) in Rebel Without a Cause

• Best Film: Rebel without a Cause養子不教誰之過

• Most Overlooked: East of Eden天倫夢覺

"I'd hate to take a bite out of you. You're a cookie full of

Curtis) in The Sweet Smell of Success • Best Film:

From Here to Eternity

• Most Overlooked: The Sweet Smell of Success成功的滋味

"One morning I shot an elephant in my pajamas. How he got in

Spaulding in Animal Crackers • Best Film: A Night at

• Guilty Pleasure: A Night in Casablanca

"No man can be a genius in slapshoes and a flat hat." Buster

Keaton, discussing his own career • Best Film: The

• Most Overlooked: A Funny Thing Happened on the Way

"They call me MISTER Tibbs!" As police detective Virgil Tibbs

• Most Overlooked: The Defiant Ones

• Guilty Pleasure: Let's Do It Again

"Would you like me to tell you the little story of

right-hand/left-hand? The story of good and evil?" As Preacher

Harry Powell explaining his tattooed fingers in The Night of

the Hunter • Best Film: Night of the Hunter獵人之夜

"Mother of mercy, is this the end of Rico?" Dying words as

• Most Overlooked: All My Sons

"Poor dope. He always wanted a pool. Well, in the end, he got

high." As Joe Gillis describing his own demise in Sunset 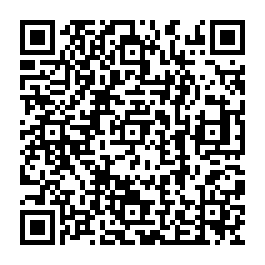