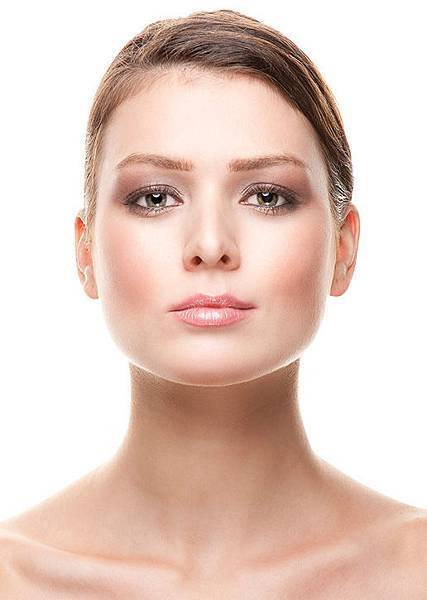 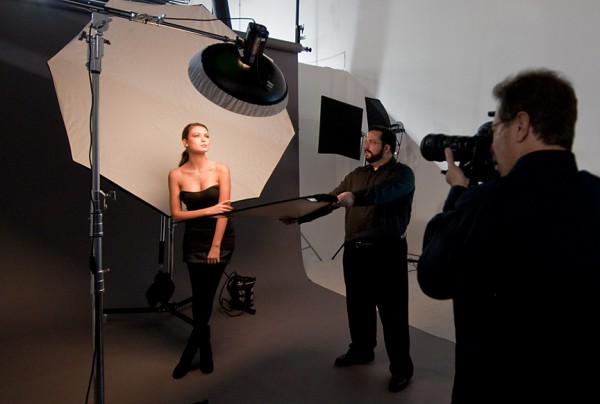 There are only two lights used for this look:

You’re actually using a large softbox as your background (you can see the subject standing in front of a large Octabank above), but you tilt the light back at a 45° angle (as seen above). NOTE: For the shot in the Westcott catalog, I used a 36″x48″ Westcott softbox behind the subject instead of the Octabank. Worked just as well (the Octa is actually a little overkill). By having your subject stand directly in front of the large softbox behind her, it makes the light wrap right around her face on both sides.
The 2nd light in this case is a Beauty Dish (the one shown above is actually a White Lightning strobe with a beauty dish attachment, but we’ve since replaced that rig with an Elinchrom strobe and beauty dish. I’ll discuss why in just a moment). NOTE: In the Westcott catalog, the front light was another Spliderlite TD-5, with a smaller 16×22″ softbox, but in the same overhead position as you see here. This light you put up high—directly in front of your subject, but angled down at her at a 45° angle (so basically, the two softboxes are aiming at each other).(2a) You also need a reflector down low bouncing some of that light back into your subject’s face (as shown above. By the way; that’s a celebrity guest-reflector holder; Photoshop World digital video instructor Rod Harlan). The reflector should be placed about chest level, just below the bottom of your frame (I just kept telling Rod “Lower….lower…lower…until I couldn’t see it in my frame any longer). NOTE: Since this shot was taken, I’ve gotten a Lastolite Tri-panel reflector (which reflects from three angles, using three different reflector mounted on one stand, and I would now use that instead—-that thing works wonders!).

Because you’re aiming directly at a softbox (the one behind your subject), there’s a decent chance you’ll get some lens flare back into your lens, so you could try and block the light as much as possible (by putting up some large black flags in front of you, and then shoot through a small slit between them), but instead what I do is just know that it’s going to be a little washed out when the Raw photo comes into Lightroom (or Camera Raw), but the fix is incredibly easy—-all you do is drag the Blacks slider to the right (as shown below) until the photo looks balanced. Works like a charm. 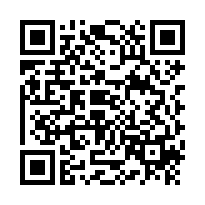