"The whole conviction of my life now rests upon the belief

that loneliness, far from being a rare and curious

phenomenon, is the central and inevitable fact of human

the surface he appears good-looking, even handsome; he has a

quiet steady look and a disarming smile which flashes from

nowhere, lighting up his whole face. But behind that smile,

around his dark eyes, in his gaunt cheeks, one can see the

ominous stains caused by a life of private fear, emptiness

and loneliness. He seems to have wandered in from a land

where it is always cold, a country where the inhabitants

seldom speak. The head moves, the expression changes, but

life, a dark shadow among darker shadows. Not noticed, no

reason to be noticed, Travis is one with his surroundings.

and a worn beige Army jacket with a patch reading, "King

He has the smell of sex about him: Sick sex, repressed sex,

lonely sex, but sex nonetheless. He is a raw male force,

driving forward; toward what, one cannot tell. Then one

looks closer and sees the evitable. The clock sprig cannot

be wound continually tighter. As the earth moves toward the

scuttle in and out. It is WINTER, snow is piled on the

curbs, the wind is howling.

INSIDE GARAGE are parked row upon row of multi-colored taxis.

breath and exhaust fill the air.

PERSONAL OFFICE is a cluttered disarray. Sheets with heading

"Marvis, B&W, Acme" and so forth are tacked to crumbling

plaster wall: It is March. Desk is cluttered with forms,

Dishelved middle-aged New Yorker looks up from the desk. We

CUT IN to ongoing conversation between the middle-aged

PERSONNEL OFFICER and a YOUNG MAN standing in front on his

The young man is TRAVIS BICKLE. He wears his jeans, boots

and Army jacket. He takes a drag off his unfiltered cigarette.

The PERSONNEL OFFICER is beat and exhausted: he arrives at

work exhausted. TRAVIS is something else again. His intense

steely gaze is enough to jar even the PERSONNEL OFFICER out

of his workaday boredom.

No trouble with the Hack Bureau?

So why do you want to be a taxi

I know. I tried that.

The PERSONNEL OFFICER, though officious, is mildly probing

and curious. TRAVIS is a cipher, cold and distant. He

speaks as if his mind doesn't know what his mouth is saying.

I ride around nights mostly.

We don't need any misfits around

You kiddin? Who else would hack

through South Bronx or Harlem at

You want to work uptown nights?

I can't be choosy.

As clean as my conscience.

Listen, son, you gonna get smart,

you can leave right now.

Sorry, sir. I didn't mean that.

Some. Here and there.

No, I want long shifts.

(casually, almost to himself)

We hire a lot of moonlighters here.

(looks up at Travis)

Hell, we ain't that much fussy

one fleet or another.

Fill out these forms and give them

to the girl at the desk, and leave

your phone number. You gotta phone?

Well then check back tomorrow.

CREDITS appear over scenes from MANHATTAN NIGHTLIFE. The

snow has melted, it is spring.

pedestrians are pushing, running, waving down taxis. The

high-class theatre patrons crowding out of the midtown shows

poor and common is also falling on them.

The unremitting SOUNDS of HONKING and SHOUTING play against

the dull pitter-patter of rain. The glare of yellow, red and

green lights reflects off the pavements and autos.

"When it rains, the boss of the city is the taxi driver" -

so goes the cabbie's maxim, proven true by this particular

night's activity. Only the taxis seem to rise above the

situation: They glide effortlessly through the rain and

traffic, picking up whom they choose, going where they please.

Further uptown, the crowds are neither so frantic nor so

glittering. The rain also falls on the street bums and aged

All through the CREDITS the exterior sounds are muted, as if

coming from a distant room or storefront around the corner.

The listener is at a safe but privileged distance.

CAMERA begins to CLOSE IN on one particular taxi, and it is

assumed that this taxi is being driven by TRAVIS BICKLE.

We are somewhere on the upper fifties on Fifth Ave. The rain

has not let up.

An ELDERLY WOMAN climbs in the right rear door, crushing her

umbrella. Travis waits a moment, then pulls away from the

curb with a start.

Later, we see Travis' taxi speeding down the rain-slicked

avenue. The action is periodically accompanied by Travis'

narration. He is reading from a haphazard personal diary.

rain which has helped wash the

garbage and trash off the sidewalks.

I'm working a single now, which

sometimes six to eight in the a.m.,

A MAN IN BUSINESS SUIT hails Travis to the curb.

It's a hustle, but it keeps me busy.

I can take in three to three-fifty

a week, more with skims.

MAN IN BUSINESS SUIT, now seated in back seat, speaks up:

Is Kennedy operating, cabbie? Is it

On seat next to TRAVIS is half-eaten cheeseburger and order

of french fries. He puts his cigarette down and gulps as he

Why should it be grounded?

Listen - I mean I just saw the

needle of the Empire State Building.

You can't see it for the fog!

Then it's a good guess it's grounded.

The Empire State in fog means

something, don't it? Do you know,

or don't you? What is your number,

Have you tried the telephone?

There isn't time for that. In other

Well, you should know, damn it, or

who else would know? Pull over

Why don't you stick your goddamn

head out of the goddamn window once

in a while and find out about the

TRAVIS pulls to the curb. The BUSINESS MAN stuffs a dollar

bill into the pay drawer and jumps out of the cab. He turns

to hail another taxi.

Travis writes up his trip card and drives away.

It is LATER THAT NIGHT. The rain has turned to drizzle.

I work the whole city, up, down,

don't make no difference to me -

PROSTITUTE and JOHN climb into back seat. TRAVIS checks out

the action in rear view mirror.

don't make no difference tom me.

GRUNTS, GROANS coming from back seat. HOOKER and JOHN going

at it in back seat. He's having a hard time and she's

probably trying to get him to come off manually.

indicating this is not a new scene.

TRAVIS is sitting at plain table writing. He wears shirt,

jeans, boots. An unfiltered cigarette rests in a bent

CLOSE UP of notebook. It is a plain lined dimestore notebook

and the words TRAVIS is writing with a stubby pencil are

those he is saying. The columns are straight, disciplined.

Some of the writing is in pencil, some in ink. The

CAMERA continues to PAN, examining TRAVIS' apartment. It is

unusual, to say the least:

A ratty old mattress is thrown against one wall. The floor

is littered with old newspapers, worn and unfolded streets

looks cheap but costs $10 a threw - black and white photos

of naked women tied and gagged with black leather straps and

clothesline. There is no furniture other than the rickety

chair and table. A beat-up portable TV rests on an upright

melon crate. The red silk mass in another corner looks like

are scribbled on the plain plaster walls. Ragged black wires

dangle from the wall where the telephone once hung.

They're all animals anyway. All the

animals come out at night: Whores,

Someday a real rain will come and

wash all this scum off the streets.

It's EARLY MORNING: 6 a.m. The air is clean and fresh and

EXT. of TAXI GARAGE. TRAVIS' taxi pulls into the driveway.

Each night when I return the cab to

the garage I have to clean the come

off the back seat. Some nights I

clean off the blood.

INT. of TAXI GARAGE. TRAVIS pulls his taxi into garage

stall. TRAVIS reaches across the cab and extracts a small

vial of bennies from the glove compartment.

TRAVIS stands next to the cab, straightens his back, and

tucks the bottle of pills into his jacket pocket. He lowers

his head, looks into back seat, opens rear door and bends

He shakes a cigarette out of his pack of camels and lights it.

rotting slabs of wood are screwed to a grey crumbling

concrete wall. Each available space is covered with hand-

AND GAUGE SPEED TO

MUST PHONE IN AT ONCE TO

AND MUST FILE A REPORT Promptly

AT 9 AM THE FOLLOWING MORNING AT

A half dozen haggard cabbies hang around the office. Their

shirts are wrinkle, their heads dropping, the mouths

incessantly chattering. We pick up snatches of cabbie small

the hood and do the engine job.

taking a piss into

There I am with my dong in my hand

when a guy come up and asks if I

need any help. Just checking the

battery, I says, and, meanwhile...

If he thinks I'm going up into The

Jungle this time of night, he can

saddle horse. No, no, the OTB. Fuck

made seven fucking grand. Fuck them

too. Alright, what about the second

Over at Love, this hooker took on

the whole garage. Blew the whole 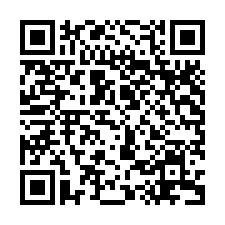